Diana M. Hawkins writes romantic suspense novels, children's books, and other works from her location in Lawrenceville, Georgia. Below are her major published works, along with a brief synopsis outlining each one. 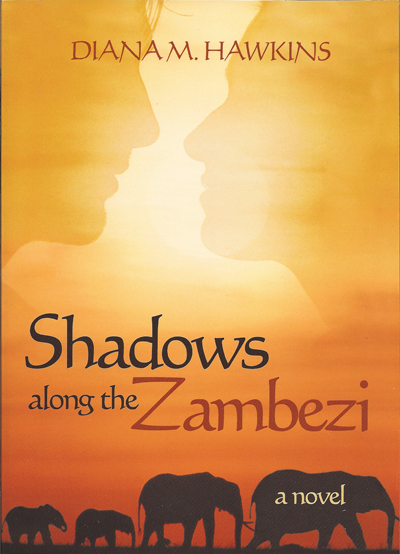 In 2008, Zimbabwe is a particularly dangerous place. Corruption, violence, rape, murder, and inhuman levels of greed and brutality rule the land as lawless political factions battle for power. Pieter Van Rooyen, a commercial farmer-turned-environmentalist, has felt the terror firsthand. Seven years earlier, his family was brutally murdered and his farm seized during Zimbabwe's violent land distribution scheme. The experience changed his life and priorities; now he is dedicating his life to honoring life.

Today, experts fear that at current poaching rates the African elephant could be extinct in the wild in less than three generations.

In 1979, there were an estimated 1.3 million elephants scattered across the plains, deserts, and rainforests of Africa. In 2007, just 28 years later, that number had has been slashed to approximately 500,000.

JUST DO THE MATH—it means that some 800,000 elephants were slaughtered during that period, at an unbelievable rate of more than 28,000 per year. See the hot spots on National Geographic’s map at: http://ngm.nationalgeographic.com/2012/10/ivory/elephant-ivory-poaching-graphic

Despite the dire predictions being made by experts and the tireless efforts of celebrities including Prince Harry of Great Britain and others (http://www.onegreenplanet.org/animalsandnature/celebrities-speaking-up-for-elephants/) who donate their millions, time, and voices to inspire the world to conserve wildlife, particularly elephants, the situation is becoming increasingly grim.

According to a new study that provides the first reliable, continent-wide estimates of illegal kills, records show that in just three years—from 2010 until 2012—ivory poachers have slaughtered 100,000 African elephants. Now we await, with baited breath, the results of a continent-wide aerial survey, the Great Elephant Census that is currently underway. Its results were expected in mid-2015, and as soon as I get them, I’ll post them on this web site. For more details, see http://news.nationalgeographic.com/news/2014/08/140818-elephants-africa-poaching-cites-census/

Wildlife biologists fear that these huge losses could reduce the genetic diversity of the African elephant to the point where healthy and robust populations become dangerously weakened.

Elephants are vital to the web of life in Africa.

They are a keystone species, that helps balance all the others in their ecosystem. They open up forest land to create firebreaks and grasslands. Their digging creates water access for other animals, leaving nutrients in their wake. Sometimes called the "megagardeners of the forest," elephants are essential to the dispersal of seeds that maintain tree diversity.