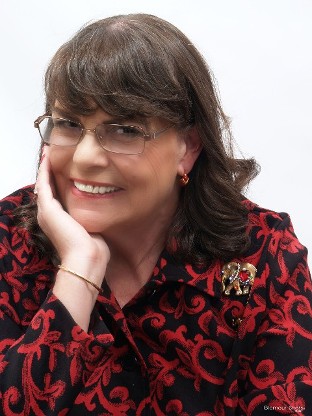 Diana M. Hawkins was born and grew up in Zimbabwe. She moved to the United States as an adult, where she pursued a career as a journalist and environmental writer. Today retired from professional writing, she focuses on creative work, ranging from children’s stories to romantic suspense novels, and more.

Diana always dreamed of being a writer and by the time she’d reached the third grade, her mother gave her an old typewriter. She grew up on a tobacco farm. Her first writings were short accounts of happenings on the farm, which she typed up in a one-page newsletter, handing it out to family members and farm workers.

Following high school, her writing ambitions took a back seat to the thrill of world travel. She spent the next six years working for the airlines and travelled extensively. After she married and moved to the United States, she attended journalism school and worked for newspapers in Arizona. Later, she took a job with the government as a public affairs specialist and in 1993 moved to Georgia, to work for the U.S. Fish and Wildlife Service. She retired from the government in 2005 to begin a new writing career.

She has always had a passion for animals and wildlife, which may be the reason she wrote Lumpy the Elephant for her children, back in the 1970s. The book, however, was not published until 2008 and by then her kids were all grown up. Although the book has been out of print for five years, it is now back on the market and available worldwide from all major online booksellers.

Diana’s been a cat owner for most of her life and her book, Mom’s Cat Stories, was published in 2015. It is a memoir featuring the 11 precious cats she and her family owned between 1956 and 2015. Her love and concern for elephants has also influenced her writing. For the theme of her first novel, set in 2008 Zimbabwe, she focused on the evils of wildlife poaching and the ivory trade. She published Shadows along the Zambezi in 2012, and its sequel Shadows Over an African Heart in 2018.